E-Commerce Distribution in a Web 2.0 World 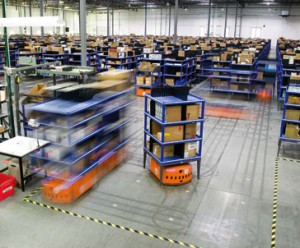 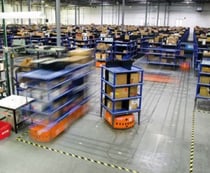 As always, the last few weeks of the year were harried.  Business deadlines bunched up before December 24th and clients each wanted end-of-year meetings, meaning I spent more time sleeping in Marriott hotels than I did at home.   Weekends were no better, booked down to the minute with Christmas parties and my daughters’ sports events.  Like an ever-growing number of people, moving my shopping online took one whopping weight off my shoulders in December.  And it made me think about those clients of LIDD’s with e-commerce operations.

For many e-commerce distribution centers, this phenomenon translates into a sustained, dramatic peak of activity starting just after American Thanksgiving and ending somewhere around Christmas.  One distributor I work with sees order volumes jump by a factor of 4 during this period.  Platoons of temporary workers are needed to achieve the daily throughput, often complicated by seasonal value-added services such as gift wrapping.

Not that all e-commerce distributors peak so particularly during Christmas shopping season.  Web grocers, for instance, peak differently owing since their customers buy from them not for gift-giving or indulgences, but as a matter of year-round routine.  Both in Canada and the United States, web grocers tend to peak during the height of winter when a customer’s inclination to have someone else go out, buy your groceries and bring them to your house is highest.

For a web retailer, understanding demand variability is crucial to having cost-effective, customer-satisfying distribution.  The web retailer will share some characteristics with its bricks’n’mortar counterpart; but some will be unique.  And, those unique characteristics may not be the same as another e-commerce distribution operation.  A good investment in distribution infrastructure must be preceded by a thorough study of the operation’s demand.

Without an appreciation for demand variability, the web retailer ends up with an undersized infrastructure that fails during peaks and turns off customers in droves.  Or, the reverse happens: the web retailer ends up with too much infrastructure at the expense of precious capital.  Of the two extremes, the latter – over-investment in distribution assets – appears more fatal.  At least, if the assets are undersized, the web retailer gets another shot at adjusting next season.  When distribution assets are over-sized, that capital investment is sunk and the company carries that burden forever.

In the early, heady “.com” days, the first generation of web retailers were excessive with their distribution infrastructure.  Companies heavily mechanized their distribution with miles of conveyor, endless banks of carousels and other goods-to-picker technologies.  It was as though everyone thought that because there was something “high-tech” about a “.com” company, everything about it had to look “high tech”.  And if a company wants a distribution center to look “high-tech”, they stuff it with conveyor, palletizers and robot shelving units playing bumper cars with themselves.

Interestingly, Amazon was much more low-tech with their distribution.  Their forays into automation – most spectacularly with their jaw-droppingly expensive purchase of KIVA – came after a certain point of maturity.   From the outside, there are many things about the KIVA purchase that look like a mistake for Amazon.  But I’ll bet one thing: if there is a mistake, it isn’t because Amazon hasn’t looked carefully at the variability in demand to figure out what kind of distribution infrastructure will keep it competitive in the coming years.