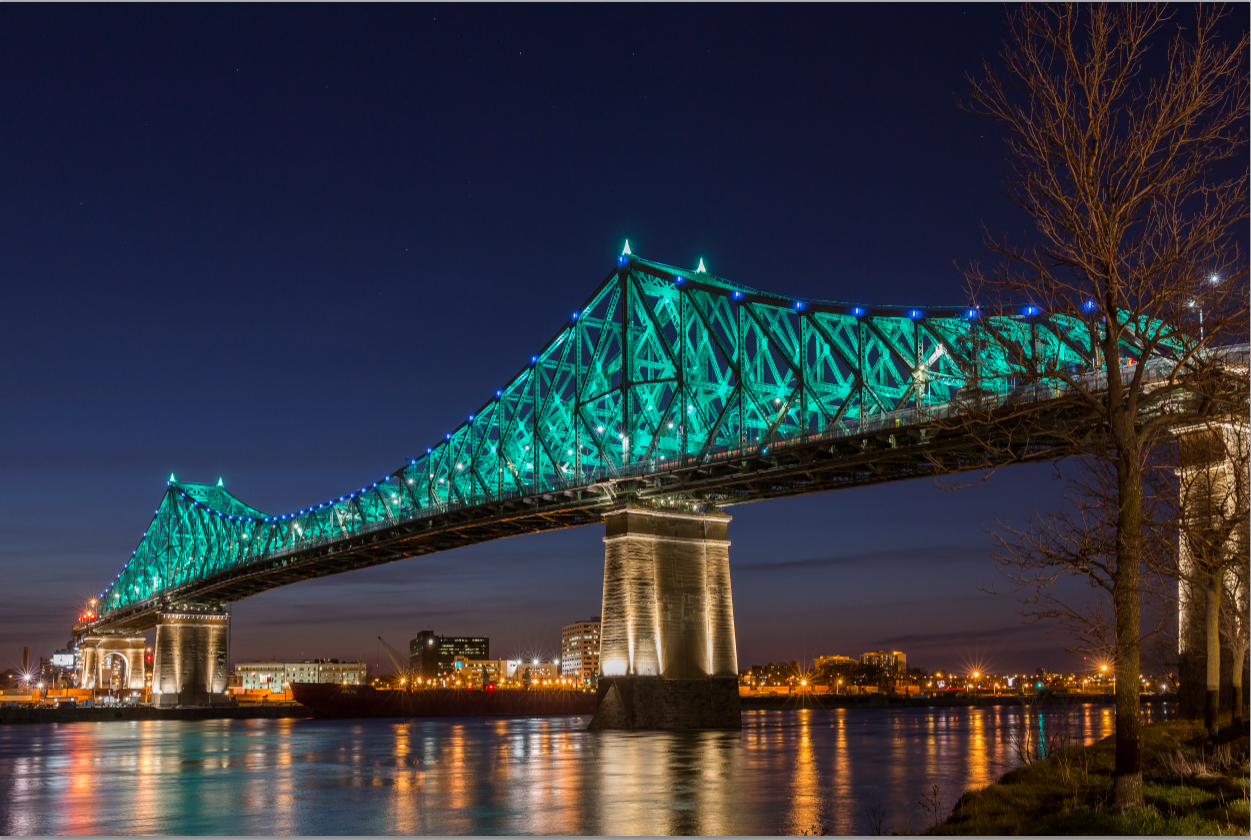 Montreal’s flagship project for its 375th anniversary and Canada’s 150th anniversary is the recently unveiled illumination of the Jacques Cartier Bridge. This project brought together experts including civil engineers, project managers, creative talent at Moment Factory and other collaborators.

Did you know that the original name of the bridge was "Harbour Bridge"? Citizens petitioned the structure to be named “Jacques Cartier Bridge” in 1934 in honor of the explorer who discovered Canada in 1534. This superstructure required 33,000 tons of steel and the work was completed a year and a half ahead of schedule without disrupting river traffic.

Take a pause and enjoy our newest trivia quiz.