Did Amazon Just Jump the Shark? 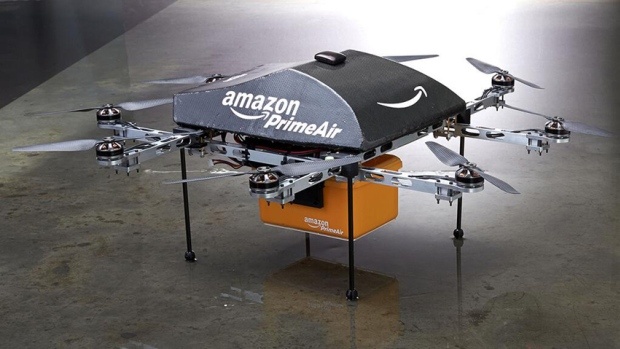 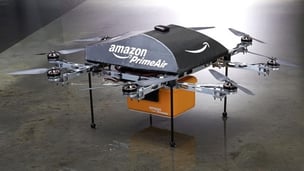 In a gushing profile last week on 60 Minutes, Amazon’s CEO Jeff Bezos announced that the company planned to deliver stuff in 30 minutes or less using flying drones dispatched from its network of DCs [watch it here].

The whole thing included shots of a test delivery where a helicopter the size of a side table swoops down to a rural residence.  No shots, unfortunately, of what a DC would look like if these giant robot bugs were deployed as a serious concept.

Imagine a DC trying to deliver 30,000 orders a day: it would be a constant swarm of the creatures in the immediate vicinity of the DC – loaded bugs heading out and empty bugs pulling in for another load. Does any airport anywhere control that many take-offs and landings on a daily basis?  Think about the creepy metallic roar that would come from that swarm.  There would be lots of dead birds and “incomplete” deliveries.

Robot Bug Deliveries are a terrible idea.  Even as a marketing gimmick, they are terrible.  Amazon is an incredible achievement.  Still, maybe it’s over-lauded as a business.  It hasn’t made money yet, ostensibly because it reinvests cash back into the business.  If Amazon reinvests the cash wisely, then it truly will build an enduring profit machine.  Are giant robot bugs a good reason to defer profits?  Does that give anybody a “warm and fuzzy” about how capital is being deployed at Amazon?

Last year, Amazon made its 2nd largest acquisition ever, purchasing KIVA Technologies [read the article here].  Amazon spent $775 million on robot shelves that will perform a distribution function completely invisible to Amazon’s customer.  It is an enormous figure for what KIVA hyped as “game changing” goods-to-person technology.

In comparison to drone deliveries, R2D2-style shelving units hustling across a warehouse floor seems imminently practical, maybe even economical.  But that’s only because we are comparing them to giant robot bugs.